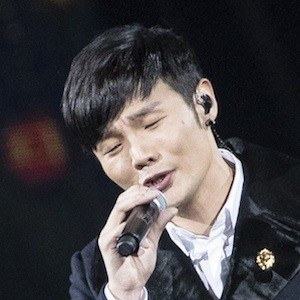 Li Ronghao, Li Rong Hao (李荣浩) aka lironghao, lrh is a male Chinese singer-songwriter and producer. He has released three studio albums and two EPs, and won the Golden Melody Award for Best New Singer in 2013. He has held 3 huge concert tour and become the first singer from Mainland to hold the concert at Hong Kong Coliseum and Taipei Arena.