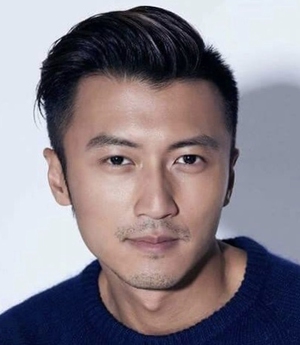 Nicholas Tse Ting-fung (謝霆鋒) is an actor, martial artist, singer, songwriter, entrepreneur and chef. Both his mom and dad are very famous back in their prime.
Patrick Tse (father) and Deborah Lee [zh] (mother) are well known in the artist in the Chinese community. He was married to Cecilia cheung (actress) from 2006-2011 after she cheated on him with Edison Chen. Cecilia and Nick have two sons Lucas & Quintus.

Tse was born in Hong Kong on 29 August 1980, to the famous Hong Kong actor Patrick Tse (謝賢) and actress Deborah Lee (狄波拉). Tse moved to Vancouver, British Columbia, Canada at a young age.  He attended St. George's School, Vancouver, but moved with his family to Hong Kong after constantly getting bullied. Nicholas later attended Hong Kong International School for one year before dropping out for low grades at grade 10. For a year he lived in Phoenix, Arizona, but was also expelled for low grades. He also studied music in Japan before returning to Hong Kong. He holds dual Canadian and Hong Kong citizenship. Tse has a younger sister, Jennifer Tse.

Career:
---Music
Tse was singing at a party for a family friend when he was discovered by Albert Yeung, head of Emperor Entertainment Group. In 1997, Tse signed a record deal with EEG under the Fitto label and released his first album, My Attitude. The album was ranked 3rd on the top selling CD chart of IFPI. It was that year where he won the most popular new artist award.

Tse achieved mainstream success in 1998 with songs including "早知" (Knew it would be like that) and "如果只得一星期" (If there's only one week) and became a prominent heartthrob in the entertainment industry. He received a musical award during the 1999 Jade Solid Gold Top 10 Awards with his popular song "非走不可" (No choice but to leave),  recorded on 27 September 1993.

In 2000, Tse released the album with the main hit "活著VIVA", which was regarded as his most popular song ever, and furthered his career significantly. It was after this song which he became an A-list singer at the time. In 2001, he released the album "玉蝴蝶"(Jade butterfly). In which two hits "玉蝴蝶" and "潛龍勿用" are collected.

In 2002, Tse received the World's Best Chinese Artist award at the 2002 World Music Award for the success of album Jade Butterfly.
Film

Tse's most notable films have included Young and Dangerous: The Prequel (1998), Gen-X Cops (1999), Time and Tide (2000), and Invisible Target (2007). He also collaborated with Jackie Chan in New Police Story (2004). Tse has also acted in romance films including Tiramisu (2002) and Jade Goddess of Mercy (2003). Only later in his career did he participate in comedy roles including Enter the Phoenix (2004), A Chinese Tall Story (2005), and McDull, the Alumni (2006). In the Hong Kong translated version of A Bug's Life (蟲蟲特工隊), the character Flik was dubbed by Tse. He also lent his voice to the Chinese animation film Lotus Lantern (1999). Tse's performance in Bodyguards and Assassins (2009), earned him an Asian Film Award at the 4th Asian Film Awards for Best Supporting Actor, and in 2011, Tse received a Hong Kong Film Award for Best Actor at the 30th Hong Kong Film Awards for The Stool Pigeon (2010), beating fellow actors Chow Yun-fat, Jacky Cheung, Tony Leung Ka-fai, and Nick Cheung. Tse had grew the love for martial arts at a young age but then learned for the screen by Jackie Chan stunt team leader Chung Chi Li for films such as, Gen-X-Cops, Invisible Target and from working with Donnie Yen, for martial arts film, Dragon Tiger Gate. He still practices martial arts for screen and exercise. He's also a wing chun practitioner, being trained by fellow co- star and friend Philip Ng alongside co- star and friend Andy On.

---Television series
Tse has starred in two TVB Hong Kong local dramas, Aiming High (撻出愛火花 and The Monkey King: Quest for the Sutra (齊天大聖孫悟空). He also participated in a documentary produced by Television Broadcasts LimitedOn the Road II (向世界出發II), made in Cambodia in 2007. The rest of his drama series were filmed and produced by companies in Mainland China . Most of Tse's drama are wuxia series, which are based in ancient Chinese societies.

Musical style
Most of Tse's songs were based on the cantopop rock genre such as some of his top hits "front, back, left, right" (前前後後左左右右), "Exposure" (曝光) and "Lonely Base" (寂寞堂口). Some of his songs were produced in Tse's own 'Nic Production' which was revealed in TVB interviews several times. "Live Viva" (活著 Viva), one of Tse's most classical pop rock song, in whose MV Tse was featured with his flame guitar and a flamethrower, is widely known in Hong Kong.

He has sung a number of duets with fellow cantopop singers, namely "Love" (愛) with Charlene Choi, "Second Life" (第二世), "Amen" (阿門) both with Joey Yung, "Kid" (細路) with Eason Chan, "You Can't Stop Me" with Sam Lee and Stephen Fung as well as "Beauty and the Beast" with Meilin.

Besides being a singer, Tse also showed his interest and talent in song-writing. Plenty of his songs were produced by himself, either of the lyrics or the melody or both. Take his most renowned Mandarin songs "I love you because I love you"(因為愛所以愛） and "Huang Zhong Ren"(黃種人） for example, Tse composed and arranged both of these songs' melodies and also participated in the creation of lyrics in "Huang Zhong Ren".
Personal life
Relationships

Tse once had a relationship with musician Faye Wong, who is 11 years his senior, but they broke up in 2002. On 31 July 2006, Tse officially admitted dating Cecilia Cheung in an interview with Hong Kong commercial radio station 881/903. On 29 September 2006, Tse showed off his wedding ring at the Hong Kong International Airport, announcing he and Cecilia Cheung were married in a secret wedding ceremony in Pamalican, Philippines.The couple's eldest son, Lucas Tse, was born on 2 August 2007.  Cheung gave birth to their second son, Quintus Tse, on 12 May 2010. However, their deemed romantic relationship ended on 14 June 2011 when Tse reportedly filed for divorce from Cheung. In 2014 it was reported that Tse is back in a relationship with Faye Wong, who had divorced her latest spouse in 2013. As of May 2017 Tse and Faye Wong are reportedly still together.
2002 motoring incident

In the early morning of 23 March 2002, Tse crashed his Ferrari 360 Modena in Hong Kong Central. Initially it was claimed that his driver was responsible for the crash, but further investigation by the ICAC revealed the story was fabricated, involving three other men and a police officer. Tse spent two weeks in prison and was sentenced to 240 hours of community service for obstruction of justice. Officer Lau Chi-Wai was sentenced to six months in prison. Although some viewed this charge as lenient, the 240 hours was the maximum punishment for this offense, given that Tse was a young offender at the time (21 years and 7 months). Nonetheless, some claimed that the sentence would send out a wrong message to Hong Kong youths, but it could be argued handing out a harsher sentence because he was a celebrity is just as inappropriate as handing out a lighter one. This incident had caused him to have a downfall in popularity. Tse have said that money to him has gone down by 40% since the accident. The car was originally a gift from the company EEG, as Tse himself accounted for 56% of the revenue.

2002 assault allegations
Tse has had his share of brush-ups with "paparazzi". A photographer of Sudden Weekly magazine accused Tse of hitting him outside a restaurant in Taiwan, bruising his nose and elbow. Although Tse denied the assault charge, he settled in July 2002.

2003 motoring incident
Tse had another accident in 2003, where he crashed his Toyota Camry into Wan Chai train station. He was banned from driving for six months and fined HK$4000 for reckless driving. Prior to this, he was fined HK$7000 and had his license suspended for a year for two separate charges of speeding.
2005 motoring incident

He later had another accident in November 2005, where he collided with a Public Security Bureau Bus in a Audi RS4 in Lantau. He was banned from driving for another six months and fined HK$4,000, again for reckless driving. After the incident, Tse has resorted to traveling on a motorbike or scooter instead of an automobile.

After the police charge, Tse spent several months to "discover himself", then releasing the album Reborn. He has stated that he will be taking a break from singing and focusing on his acting for a year.
2008 Edison Chen photo scandal

In February 2008, Tse's wife, Cecilia Cheung, was implicated in the Edison Chen photo scandal, when intimate photographs of her were widely distributed on the internet. The couple and their relationship were under intense media spotlight, particularly from the gossip magazines, as a result.

2016 Friend of Michelin honours
On 28 October 2016, Tse was honoured as the first ever "Friend of Michelin", awarded for Michelin-star-worthy non-professional chefs and restaurateurs. On 30 November 2017, he prepared the dessert course for A Night Among the Stars, a seven course gala dinner with Michelin-star chefs with Alain Ducasse, Kwong Wai-keung, Tam Kwok-fung, Fabrice Vulin, Hidemichi Seki, and Noah Sandoval.