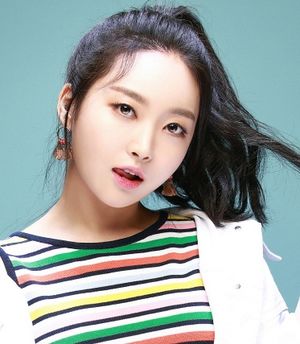 Bae Jin Young (배진영), better known by her stage name Punch (Hangul: 펀치), is a South Korean singer signed under Naym Naym Entertainment. She is best known for her original soundtracks for various TV series, notably "Sleepless Night" for It's Okay, That's Love (2014), "Everytime" for Descendants of the Sun (2016) with EXO member Chen and "Stay with Me" for Guardian: The Lonely and Great God (2016) with EXO member Chanyeol.

-Zodiac Sign: Pisces
– She was born in Seoul, South Korea.
– Education: Gachon University.
– She collaborated with EXO’s Chen for the KBS drama ‘Descendants of the sun’, Releasing the OST ‘Everytime’.
– She collaborated with EXO’s Chanyeol too, for an OST named ‘Stay With Me’ for tvN’s drama ‘Goblin’.
– Stay With Me’ MV hit 1M views in one day.
– Stay With Me’ MV was the 3rd most watched MV for December 2016 and 5th most watched MV for the first half of 2017.
–2017 Asia Model Awards: Asia OST Popularity Award
– Stay With Me’ became the most watched Korean OST music video of all time. The most viewed music video of an OST, and     the first and only Korean drama OST to reach 1M likes on YouTube.