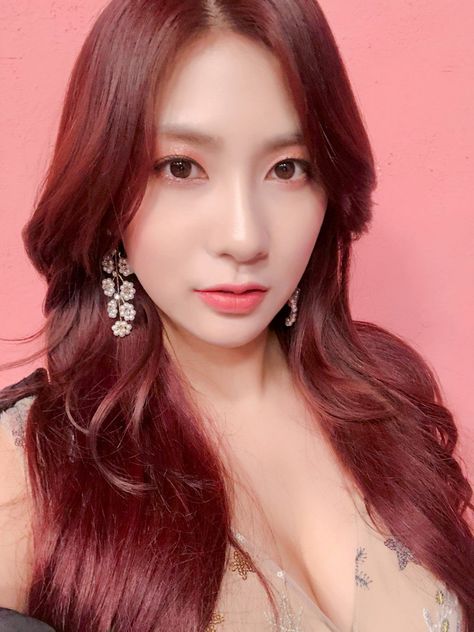 Oh Ha-young, better known by the mononym Hayoung, is a South Korean singer, songwriter and actress. She is best known as a member of the South Korean girl group Apink.

– She was part of the girl dancing crew in BEAST/B2ST‘s “Beautiful“.
– There was a rumor that Hayoung’s grandmother is Filipino, but during one of their vLives she confirmed that her grandmother isn’t Filipino.
– She has the ability to split an apple in half by only using her hands.
– She is very good at guessing.
– Many people don’t believe she is the maknae of the group, due to her mature physical appearance.
– She likes copying Block B’s P.O’s rap part in “Don’t Stop/Freeze”.
– Hayoung is the big fan of Girl’s Generation.
– Hayoung is friends with GFRIEND’s Yerin ans Red Velvet’s Joy.
– In 2014 she had a collaboration track with Jiggy Dogg, “The Best Thing I Did”.
– She stared her acting career with her role in “Please Find Her” (2017).
– Hayoung made her solo debut on August 21st, 2019 with the title track “Don’t Make Me Laugh”.