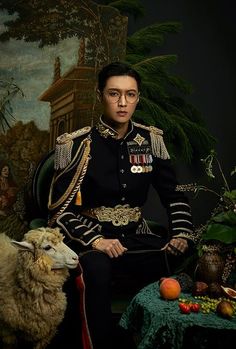 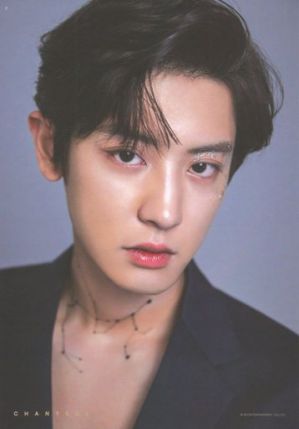 Exo is a South Korean–Chinese boy band based in Seoul, with nine members: Xiumin, Suho, Lay, Baekhyun, Chen, Chanyeol, D.O., Kai and Sehun. The band was formed by SM Entertainment in 2011 and debuted in 2012.

Exo (Korean: 엑소; stylized in all caps) is a South Korean–Chinese boy band based in Seoul, with nine members: Xiumin, Suho, Lay, Baekhyun, Chen, Chanyeol, D.O., Kai and Sehun. The band was formed by SM Entertainment in 2011 and debuted in 2012. Their music incorporates genres like pop, hip-hop, and R&B, alongside electronic dance music genres like house, trap, and synth-pop. Exo releases and performs music in Korean, Mandarin, and Japanese. The band ranked as one of the top five most influential celebrities on the Forbes Korea Power Celebrity list each year from 2014 to 2018, and have been named "the biggest boy band in the world" and the "kings of K-pop" by media outlets.

Since 2014, Exo has exclusively performed as one group, while continuing to release and perform music in multiple languages. Previously, the band debuted with twelve members separated into two sub-groups: Exo-K (Suho, Baekhyun, Chanyeol, D.O., Kai, and Sehun) and Exo-M (Xiumin, Lay, Chen, and former members Kris, Luhan, and Tao). Exo-K and Exo-M performed music in Korean and Mandarin, respectively, until the release of their third EP Overdose in 2014. After the departures of Kris, Luhan, and Tao amid legal battles in 2014 and 2015, the band continued with the remaining nine members. Since 2016, Chen, Baekhyun, and Xiumin have also released music and performed as a sub-unit named Exo-CBX. All of Exo's members also maintain solo careers in fields including music, film, and television.

Exo's first album XOXO (2013), which contains the breakthrough hit "Growl", was a critical and commercial success. It sold over one million copies, making Exo the best-selling Korean artist in twelve years. Subsequent albums and EPs have also had strong sales, with all Korean studio albums each selling more than one million copies. Exo has won many awards for their albums, including five consecutive Album of the Year wins at the Mnet Asian Music Awards and two consecutive Artist of the Year wins at the Melon Music Awards. Exo's sixth album Don't Mess Up My Tempo (2018) is their highest-charting album on the US Billboard 200, debuting at number 23. It is also their best selling album with over 1.9 million copies sold in South Korea.

Since Exo's first headlining tour in 2014, the band has performed over 100 concerts across four tours and has participated in multiple joint tours. Exo is also known for its work beyond music, which includes endorsement deals with brands such as Nature Republic and Samsung, and philanthropic efforts such as Smile For U, a joint SM Entertainment and UNICEF project that began in 2015, and in which Exo continues to participate.