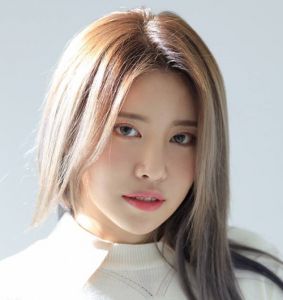 Shin Su Ran, also known by her stage names Elena and Baily Shoo, and better known by the mononym Suran, is a South Korean singer-songwriter and record producer. She debuted as part of the duo Lodia on July 9, 2014, with the single "I Got a Feeling".

On April 24, 2017, the singer released a digital single called "Wine" in a collaborative production including BTS' Suga, Slow Rabbit, Suran herself, and featuring rapper Changmo, who also co-produced. The song peaked at number two on the Gaon Digital Chart, selling over 500,000 digital downloads by the end of May.