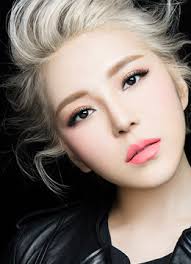 Queena Cui 崔子格 is a female Chinese singer. She became popular on the net with her song "Gua" and in 2011 she signed with Beijing Douro Records Co., Ltd and released the single "Wife's Biggest".