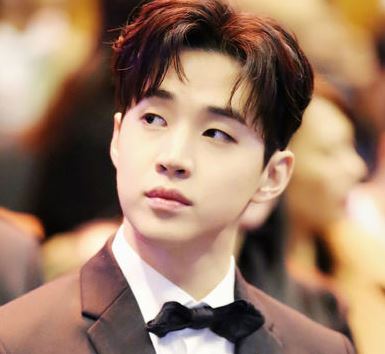 Henry (헨리) is a Chinese-Canadian solo singer. Henry debuted as a soloist on June 7, 2013, under SM Entertainment. He is now under his 1-person agency, Henry’s Workshop.

– Henry’s mom is Taiwanese while his dad is a Teochew who grew up in Hong Kong.
– He has a brother named Clinton and a sister named Whitney. His sister was the runner up in the Miss Toronto Chinese pageant.
– He begin playing the piano at the age of 5 and the violin at the age of 6.
– He went to Berkelee College of Music, a very famous American music school, and studied Contemporary Writing.
– The S.M. Entertainment Global Audition held in 2006 in Toronto, Canada, selected him from among 3000 contestants.
– He is fluent in English, Mandarin, Korean, French and Cantonese.
– He can play the violin, piano, drums, and guitar.
– A little known fact is that he played the violin on tracks for Super Junior’s debut album. He was rumored to be added to the group, but they saved him, as well as Zhou Mi, for the Chinese sub-unit instead.
– He made his first music appearance as the dancing violinist in Super Junior’s 2007 MV “Don’t Don.”
– He is apart of Super Junior-M. (He made his official debut in 2008)
– Apart from his contract as a singer, Henry also has a contract with SM Entertainment as a songwriter and producer. He has written and produced multiples tracks for various groups.
– He is part of the production team NoizeBank.
– He called Lee Soo Man (SM Entertainment’s president) “Mr. Lee” when he first met him.
– Henry was on “We Got Married” and was paired with Jewelry’s Kim Yewon.
– Henry made his acting debut with a cameo role in 2009, but he went on to have major roles in movies and dramas in Korea, China, and Hong Kong.
– He acted in the Korean dramas “Persevere, Goo Hae-Ra” (2015) and “Oh My Venus” (2016).
– He is close to f(x)’s Amber and he once mentioned that they always go out together.
– He is good friends with Girls’ Generation‘s Sunny and collaborated with her for a song called “U&I” through SM Station.
– On October 14, 2016, Henry collaborated with Soyou for a song called “Runnin'” through SM Station.
– He sang an OST for While You Were Sleeping called “It’s You” which was all in English.
– He composed EXO’s “The Eve”.
– He got an “Excellence Male Award” at the 2017 MBC Entertainment Awards.
– He is one of the cast members for I Live Alone.
– He was on King of Masked Singer as “Moonwalk White Jackson”.
– As a foreigner, when he moved to Korea and met Super Junior, he was surprised at the skinship between guys and the way they slapped each other’s butts, so he thought they must be gay. He also though Heechul, who was very pretty and had long hair at the time, was transgender.
– He is known to be very messy and doesn’t like to shower a lot. However, he says he can’t go a day without brushing his teeth.
– Henry is the maknae of Super Junior M and the overall youngest member of all Super Junior.
– He received a silver medal from the Canadian Royal Conservatory of Music for his level 10 violin skills.
– Henry’s nickname is Mochi because his skin is so fair and when he was younger, he had chubby cheeks that resembled white mochi.
– Henry and Ryeowook have always been especially close. In fact, his relationship with Ryeowook is said to have influenced the label’s decision to include him in Super Junior.
– Henry doesn’t like spicy food and doesn’t care much for Korean food.
– When he first moved to Korea, he ate chicken soup for almost an entire year since he couldn’t find other food he liked much.
– Henry and Zhou Mi shared a dorm room when they were trainees.
– He chose to be an idol instead of a classical musician because it would allow him to sing, dance, and play instruments at the same time!
– In April 2018, Henry left SM Entertainment following the expiration of his contract and effectively left Super Junior-M

– He started his own studio - "Henry Workshop"
– Henry’s ideal type: A beautiful girl, supported by a proportional body.