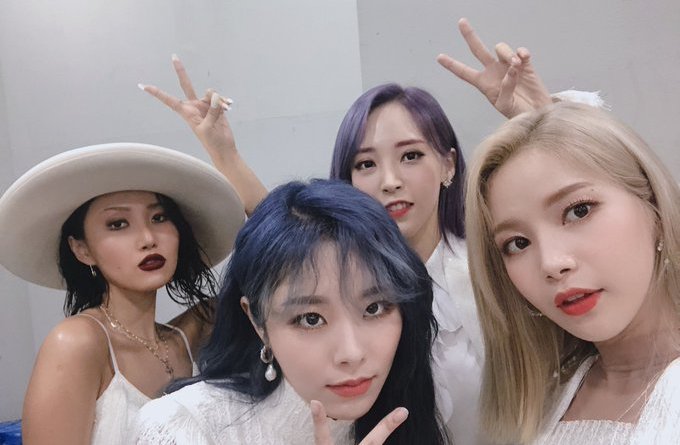 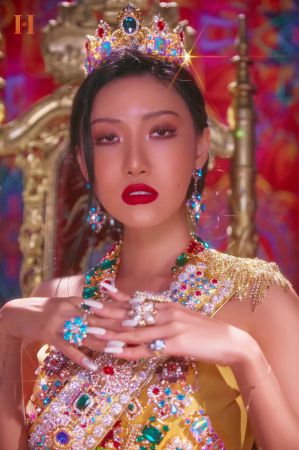 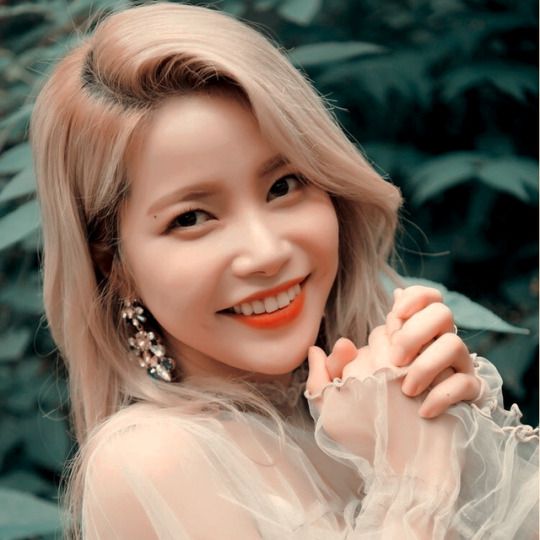 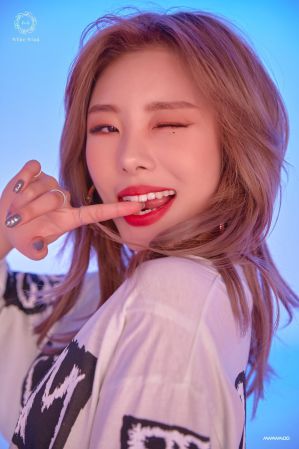 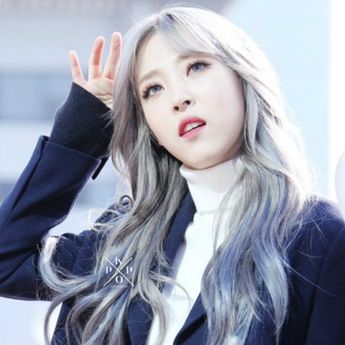 Mamamoo, sometimes stylized as MAMAMOO, is a South Korean girl group formed by RBW in 2014. The group officially debuted on June 18, 2014, with the single "Mr. Ambiguous". Their debut was considered by some critics as one of the best K-pop debuts of 2014.

On November 21, Mamamoo released their second EP Piano Man with the title track of the same name. The title song peaked at 41 on Gaon's Digital chart. By the end of 2014, Mamamoo ranked tenth highest among idol girl groups for digital sales, 19th in album sales, and 11th in overall sales according to Gaon's year-end rankings. On the January 10 episode of competitive singing show Immortal Songs 2, Mamamoo performed a rendition of Joo Hyun-mi's "Wait a Minute", reaching the final round before losing to Kim Kyung-ho.

On April 2, 2015, Mamamoo released "Ahh Oop!", the first single of their third EP titled Pink Funky. "Ahh Oop!" marks the group's second collaboration with label mate Esna, after she was featured in "Gentleman" on their second EP Piano Man. On June 13, the group traveled to Ulaanbaatar, Mongolia, to perform at an event sponsored by the South Korean Embassy with Crayon Pop and K-Much. The event was a commemorative concert held in honor of the 25th anniversary of diplomatic ties between South Korea and Mongolia.

On June 19, Mamamoo released their third EP Pink Funky and lead single "Um Oh Ah Yeh". The song was a commercial success, peaking at number three on the Gaon Chart, becoming their first top three single. On August 23, after promotions concluded, Mamamoo held their first fan meeting, entitled "1st Moo Party", for a total of 1,200 fans at the Olympic Park in Seoul. Tickets for the fan meeting sold out within one minute, so the group added an additional meeting for 1,200 more fans the same night. They also held another "Moo Party" in Los Angeles, which took place on October 4. This was their first trip to the United States. Mamamoo also collaborated and performed with label mate Basick on the Korean rap survival show Show Me the Money.

On January 26, Mamamoo pre-released an R&B ballad, "I Miss You", from their first full-length album Melting. On February 12, another track, "1cm/Taller than You" was pre-released with a music video. The full album was released on February 26, debuting at number 3 on the Gaon chart. The title track "You're the Best (넌 is 뭔들)" also debuted at number three but peaked at number one the following week, becoming their first number-one single.

On March 6, they received their first music show win with the song "You're the Best" on Inkigayo, followed by wins on Music Bank, M! Countdown, and other music shows. They received eight wins in total for the single. On March 16, Mamamoo performed in Austin, Texas at South By Southwest's K-Pop Night Out. On June 25, Mamamoo performed at KCON NY festival in Newark, New Jersey. Alongside girl group GFriend, they have also starred in Season 7 of reality television show "SHOWTIME".

On August 31, Mamamoo released the singles "Angel" and "Dab Dab" as subgroups consisting of vocalists (Solar and Wheein) and rappers (Moonbyul and Hwasa) respectively. On September 21, Mamamoo released their follow-up digital single "New York" and accompanying music video. After wrapping up promotions for "New York" Mamamoo's agency announced that the group will make their comeback on November 7 with their fourth EP, Memory. The lead single for Memory was announced to be "Décalcomanie."  Shortly afterwards, Mamamoo participated in several year-end award shows, while also featuring in the OST titled "Love" for hit TV show Goblin.
Mamamoo performing on July 19, 2017.

On January 19, 2017 Mamamoo announced their second solo concert, titled “2017 Mamamoo Concert Moosical: Curtain Call” was held on March 3–5 in Seoul and August 19–20 in Busan at KBS Busan Hall. The group received criticisms for performing in blackface when as part of the concert, they played a video containing the members impersonating Bruno Mars while wearing darker makeup, meant to recreate a snippet of the music video for Uptown Funk. The clip was cut from following concert dates and multiple apologies were promptly issued, including one directly from the members, stating that they were "extremely ignorant of blackface and did not understand the implications of our actions. We will be taking time to understand more about our international fans to ensure this never happens again."

On June 17, Mamamoo participated in Immortal Song 2 with a rendition of Noh Sa-yeon's "Love" which garnered '430 points'.

Mamamoo announced the release of their fifth EP Purple on June 22, 2017, with the title track "Yes I Am". The title track quickly climbed to the number one spot on the Melon real-time chart . After one day, Mamamoo set the record for the highest number of unique listeners in 24-hours with "Yes I Am" on Melon for a girl group. On June 27, they received their first music show win on The Show, followed by wins on Show Champion, M Countdown, and Show! Music Core. They also placed first in Billboard's World Album Charts.
2018–present: Four Seasons Project and Reality in Black

On January 4, 2018, Mamamoo released a pre-release single called "Paint Me" to act as a prelude to their upcoming project series "Four Seasons". The goal of the series is to showcase four albums, each combining one color and a matching member's characteristic for each season. The group has stated that they wish to show their depth as artists and present a more matured style with this project.

Mamamoo started off the 4 Seasons 4 Colors project when they released their sixth EP, Yellow Flower on March 7, 2018 with its lead single "Starry Night". The song charted Top 10 Mid-Year Gaon Digital Chart at number 6.

On July 11, 2018, Mamamoo announced their third solo concert, titled “2018 Mamamoo Concert 4Seasons S/S” will be held at SK Olympic Handball Gymnasium in Seoul on August 18–19. The venue is twice bigger than previous ones with 5,000 seats. Tickets for the concert were sold-out within two minutes of being on sales.

Mamamoo continued their 4 Seasons projects when they released their seventh EP, Red Moon, on July 16, 2018, with "Egotistic" as its lead single. On the first week of its release, the EP debuted at number four on Billboard World Albums with 1,000 copies, making it their best U.S. sales week. The EP also peaked at number three on the weekly Gaon Album Chart. Mamamoo also made their first-ever appearance on Billboard Heatseekers Albums Chart at number 25. The promotions for "Egotistic" ended on July 5, 2018 on SBS' Inkigayo, in preparation for their third solo concert.

On November 29, 2018, Mamamoo released the third installment of their 4 Seasons Project with Blue;s, their eighth EP along with its lead single "Wind Flower". The EP peaked at number seven on the weekly Gaon Album Chart.

Mamamoo released their ninth EP, the final part of the 4 Seasons Project, White Wind, on March 14, 2019, with its lead single "Gogobebe".

On March 27, 2019, Mamamoo announced their fourth solo concert, titled “2019 Mamamoo Concert 4Seasons F/W” will be held at Jangchung Gymnasium in Seoul on April 19–21. The concerts are a grand finale for Mamamoo's "Four Seasons Four Colors Project," which was launched in March 2018 to re-create the group's identity.

Mamamoo released their second full album, Reality in Black, on November 14, 2019, with its lead single "Hip".