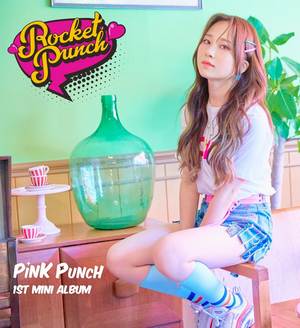 – She is a former member of the J-pop group AKB48
-Fans say he looks like Kei from Lovelyz.
– In AKB48 she belonged to TEAM B and her position was Captain.
– Hobbies: Watch movies, go shopping and listen to music.
– Skills: Wink a quick eye, swimming and make cute-sexy faces.
– Favorite color: Pink and orange.
– Favorite animal: Panda and raccoon.
– Favorite movie: Charlie and the Chocolate Factory.
– Favorite food: Coconut cream.
– Favorite season: Rainy winter.
– She joined AKB48 as Kenkyuusei in April 2011.
– She was promoted to TEAM 4 on March 23, 2012 at Saitama Super Arena. However she was transferred to TEAM A on August 24, 2012 at Tokyo Dome Team Shuffle.
– Admire the members Shinoda Mariko, Maeda Atsuko and Takahashi Minami.
– She has a dog named “John” and a cat named “Kuroiwa-san”.
– In PRODUCE 48, she revealed to be a fan of Kpop and that her favorite group is BLACKPINK. In herfirst performance she performed the song “Playing With Fire” by BLACKPINK.
– She came to the last chapter of Produce 48, with the 16th place.
– She graduated from AKB48 on March 4, 2019, that same day confirmed her exclusive contract with WOOLLIM Entertainment to debut in a group in South Korea.