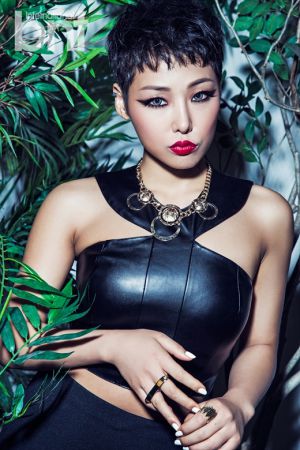 Cheetah (치타) is a South Korean rapper under C9 Entertainment. She debuted in 2010 as part of the duo Blacklist.

-She debuted in 2010 as part of the duo Blacklist, but they disbanded after releasing three songs.
-She appeared briefly on Show Me The Money.
-Before signing with entertainment companies, Cheetah was an underground rapper.
-In 2012, she collaborated with Crush for the duo Masterpiece, but they parted ways soon after.
-She released her first solo EP in 2014.
-Cheetah is from Busan.
-She has appeared as a rap mentor on Produce 101, Produce 101 Season 2, and Produce 48.
-She was the winner of the first season of Unpretty Rapstar.
-Despite being a rapper, Cheetah can also sing well. She appeared on King of Masked Singer in October 2015.
-She has participated in designing and releasing a fashion line, in a collaboration with the brand Push Button.
-In January of 2007, Cheetah was in a bus accident while crossing the street and spent several months in a coma, although she recovered without any major complications. This experience is what led her to “live with no regrets”.