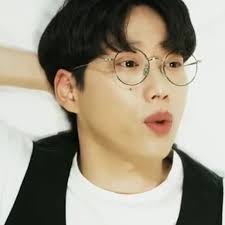 10cm, Kwon Jung-yeol (권정열/십센치) is a male South Korean singer and former member of 10cm dou boy group. The 10cm band officially disbanded when  past member Yoon Cheol-jong left and not renew his contract with their Agency. That left Kwon Jung-yeol to  go solo. He released his first album as a solo artist on September 1, 2017.