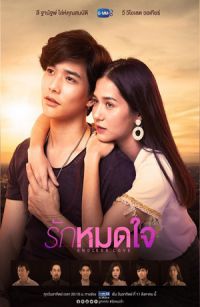 Day and Min fell in love despite their social difference. Soon, they were engaged to be married. However, their happy union was shattered when he discovered that her philanthropic father was the driver who killed his mother in a hit and run years ago and the cause of his father's suicide on their wedding day. The devastated Day chose to disappear rather than exposing the crime committed by Min's father. When he resurfaced years later Min had to choose either moving on with her life as he did with his or fighting for his forgiveness and saving their love.