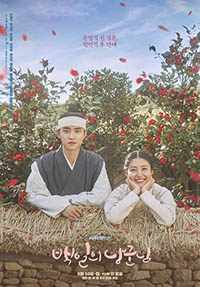 This is a pre-produced drama. Filming began on 2018-April. Lee Yool (D.O.) is a Crown Prince. He falls off a cliff and nearly dies in an attempted assassination. He loses his memory, and wanders for 100 days under a new name and personality. During this period, he meets Hong Sim (Nam Ji Hyun), head of the first detective agency in Joseon.