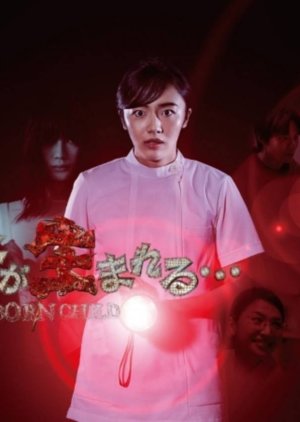 Shinsei Hospital stands towering over its surroundings in the suburbs. At one time, this hospital which has been deeply entrenched in the local community, was one loved by the people. Everything seemed to be going well for it until a wrench was thrown one winter night in 2015. An unidentified woman with no personal belongings and in the final weeks of pregnancy was rushed to the hospital. Furthermore, there was evidence that she had attempted suicide. As a result, an indescribable mood of disquiet began to hang in the air at the hospital. One winter night some 20 years, a pregnant woman who tried to commit suicide was rushed to Shinsei Hospital in the same way. Although she did not survive, the foetus was saved through a C-section. However, the hospital forged the medical records to make it seem as if the foetus was stillborn, and the newborn baby was given the name Eiko. Were these two incidents a pure coincidence? Or intentional? The doctor Komoto Hideaki, who is the son-in-law of Shinsei Hospital director Komoto Junichiro, entered the emergency room. But the moment he saw the unidentified woman’s face, his expression hardened. Imaizumi Nao, a nurse at the hospital, took care of her. However, the woman never said a word. Junichiro’s only daughter Mie, who is also Hideaki’s wife and the hospital’s head nurse, reacted adversely to the woman’s occasionally sinister smiles and tried to get her out. As the dots between the two incidents connect, the dark side of Shinsei Hospital is gradually revealed. Status, prestige, desire, jealousy and vengeance. The complex web of human relationships around the hospital along with crime to cover up crime sets the hospital on course to collapse. Back in 2015, Nao was suffering from a curse because that unidentified woman entrusted her with something. What is Nao’s fate now?