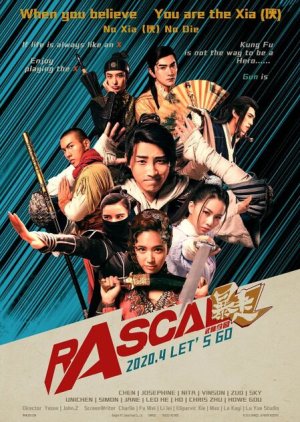 Long ago, there was a mysterious land of martial arts, headed by the five major martial arts schools. Ten years ago, Xiongtian Hengkong was born to challenge the five colleges; the unknown heroes stepped forward to restore peace to the Wulin Continent. But Xiong Batian escaped the restriction, and heavy rain was approaching. In order to fight against the tyrants, the five major factions established a joint college to cultivate elites. But things didn't go well. A group of troubled teenagers staged a series of hilarious martial arts life in the United Academy. The five people don't know each other, and they go from being scattered and killing each other to "learning hard" and leveling up to fight monsters. Facing the danger of martial arts, being ordered to become a vanguard team, experiencing youth experience, first taste of love and brotherhood, can they challenge the ultimate boss, face the unknown destiny, and find their own dreams and agitation in the rivers and lakes?