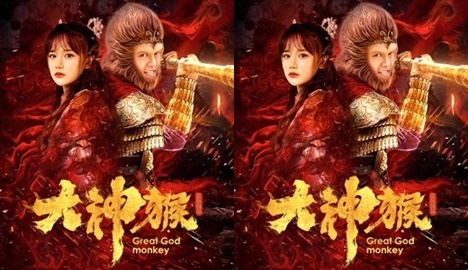 The drama follows the adventure of a great monkey god Sun Xiao Tian, ​​played by Xie Miao in a battle for the sake of saving humanity.

In the legend, there are three ancient artifacts that have been sealed in three realms. Many want the artifact for unlimited power. This made chaos occur in three realms. During this period of imbalance, a monkey was born from stone and He was named Sun Xiaotian. A monkey figure that is unusual and cannot be destroyed just like that. He can also easily jump to the clouds to ward off evil. However, Sun Xiao Tian found it difficult to control the anger that had clung to him. He is an unruly, rebellious and free-spirited person who always feels he is never wrong. His mortal enemy appears, namely Jiutong (Tom Price) who is equally strong ape. On the other hand, he used the name Sun Xiao Tian, ​​the powerful Monkey Leader to conquer the four demon kings of the demon world and make them all bow to him. He also continued to search for lost artifacts. Since then the demons began to roam the earth to humiliate all humans. Only the stone monkey Sun Xiao Tian can stop and defeat them all.