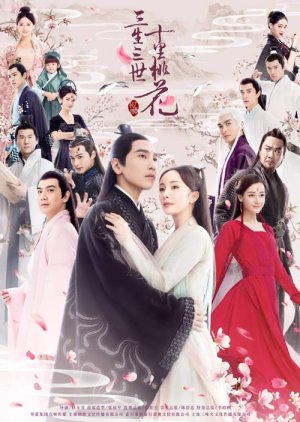 After a devastating war, the immortal tribe paid a heavy price to seal the demon lord. 70000 years later, in an attempt to re-seal the demon lord who broke free, Bai Qian was sent to the mortal realm. In the mortal world, she meets Ye Hua and falls in love with him after forgetting about her life as a goddess. Ye Hua gifts her the name of Su Su. Su Jin, who is jealous of Ye Hua's love for Bai Qian, intentionally creates a series of misunderstanding between them and causes Bai Qian to lose her eyes. Thinking that Ye Hua has betrayed her, the devastated Bai Qian jumps off from the Zhu Xian Terrace. At her request, all her memories have been erased and she forgets Ye Hua. 300 years later, the two meet again as deities. Another lifetime another world, Ye Hua recognizes Bai Qian but the latter remains indifferent.