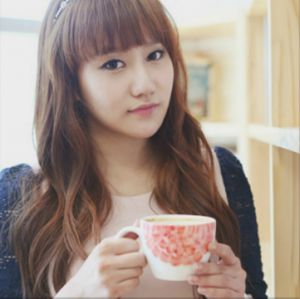 Park Ji Hye, better known by her stage name Zia, is a South Korean singer.  Zia's first foray into the music industry was when she participated in the 2003 'BoA-jjang Contest' where she placed first overall. In 2005, she was featured on KCM's song '물론' for his second album. Later on that year, she released a song for the soundtrack of the Korean movie, Shadowless Sword.