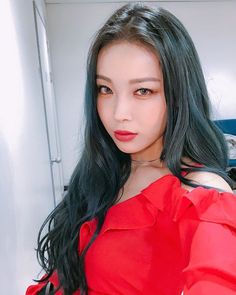 Kim Yu Bin, referred to as Yubin, is a South Korean singer, rapper, songwriter and actress. She was a member of the South Korean girl group Wonder Girls.

– Her birthplace is Gwangju, South Korea. She used to live in San Jose, California, USA.
– Education: Jungam Elementary School, Leland High School, Myongji University
– Religion: Christianity
– In 2007, she was supposed to debut with G.NA, SECRET‘s Hyosung, former After School's UEE, and UNI.T‘s Jiwon as girl group ‘Five Girls’ but they disbanded.
– She debuted in 2007 with the Wonder Girls and replaced HyunA who left due to medical problems.
– She has written her own raps for several Wonder Girls songs (“Girls Girls”, “Me, In”, “Sweet Dreams”, etc.)
– When she first joined Wonder Girls, she says she was scared of Yeeun.
– She was a trainee for 2 years.
– When she was younger, she was a tomboy and had short hair.
– She loves to scuba dive and swim.
– She likes to eat raw fish, salad, and apples.
– Her hobbies are listening to music and collecting CDs.
– She regrets she never went to prom.
– She made her acting debut with the drama, The Virus.
– On August 17, 2015, Yubin was confirmed to join Unpretty Rapstar 2.
– During Unpretty Rapstar, her popularity exploded, causing the phenomenon “Girl Crush”.
– Yubin’s Ideal Type: “My ideal type is someone who is athletic.”