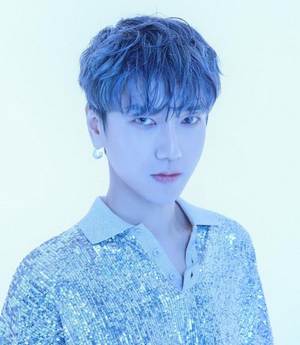 Yesung Facts:
– He was born in Seoul and at age of 10 moved to Cheonan, South Chungcheong, South Korea.
– Yesung has a younger brother, Kim Jong-jin.
– Yesung’s mom changed his name from Kim Jong Woon (김종운) to Kim Jong Hoon (김종훈) because she thought it brought him bad luck, as it basically means a “thunderstorm cloud”.
– Yesung had his first kiss when he was in 2nd Year High School.
– He had to be hospitalized after he collapsed after running for a charity marathon, he ran 70 km.
– He has small fingers.
– His shoe size: 260-270 mm
– His religion is Catholic.
– He has two puppies named Kkoming and Melo.
– Yesung really wants to visit Canada.
– When sleeping, Yesung likes to move a lot. He has a habit to wake up and sleep in a different bed every 20 minutes. (This mostly happens when they are staying at a hotel)
– The meaning of his name is powerful, artistic.
– If he will retire from SJ, he wants a business career.
– Yesung enlisted on May 6, 2013. According to SM Entertainment on May 4 2015, Yesung completed his two years of military service as a public service officer.
– He is in Super Junior’s sub-unit’s Super Junior-K.R.Y and Super Junior-Happy
– Yesung’s ideal type: Sparkle eyes, warmhearted, someone like “Moon Geun Young”.