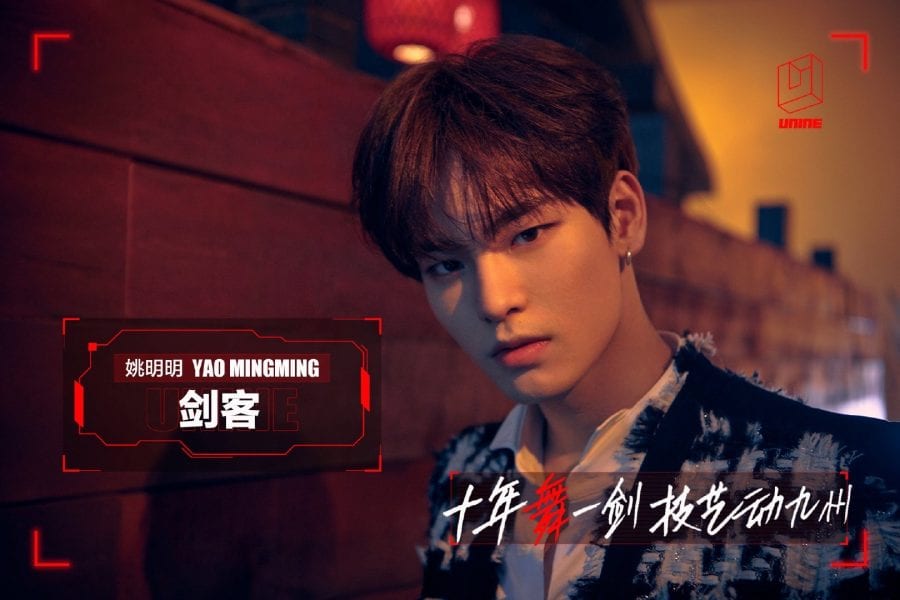 Yao Mingming 姚明明 is a male Chinese singer, dancer and rapper that is signed under One Cool Jasco Entertainment. He is the lead dancer, lead vocalist, sub-rapper of an all boys band UNINE (Rank 3).

Name: Yao Mingming 姚明明
Birthday: January 5th, 1997
Birthplace: Yangquan, Shanxi, China
Zodiac: Capricorn
Height: 180 cm (5’11″)
Weight: 68.4 kg (150 lbs)
Blood Type: B
– Nicknames: White Teeth, Little Sun.
– He has an older brother.
– Mingming’s fans are called “Venus.”
– Mingming describes himself as nice and hardworking.
– He became a trainee at Pledis Entertainment in 2012, but left in 2014.
– Mingming almost debuted with Seventeen.
– After leaving Pledis, he stopped training until realizing being an idol was all he wanted.
– He was a member of BLK, which disbanded before he could debut with them.
– Mingming was a contestant on MIXNINE. (Rank 10)
– His life goal is to still be an idol when he is 60.
– He enjoys imitating others.
– His representative animal is a Cat.
– Motto: “There is no best, only better.”