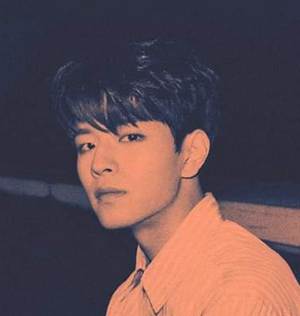 Seungmin Facts:
– He was born in Seoul, South Korea.
– Seungmin has an older sister.
– He’s attending Cheongdam High School. (SK-Talk Time 180422)
– His nickname (according to his members): Snail; his nickname (given by fans): Sunshine.
– He speaks English very well, though he only learned English in LA for 3 months when he was in the 4th grade.
– Seungmin and Chan went to the same high school, and Chan was his senior.
– He joined JYP in 2017 after winning second place in JYPE’s 13th Open Audition.
– Unlike other trainees, Seungmin never missed a day writing his training logs. (Stray Kids show)
– He thinks his most charming point is his chubby left cheek.
– His shoe size is 260/265 mm.
– His hobbies are writing in his diary, listening to music, and eating.
– He is a morning person.
– He is the cleanest member.
– Among all the members, he is the most teased.
– His favorite season is autumn.
– His favourite food is eggs.
– Seungmin really loves oranges and strawberries.
– His favourite color is Purple. (Based on his birthday live on vlive)
– Things he’d like doing during vacation: taking pics while wearing animal costumes
– Things he dislikes doing during vacation: running about in a hot weather
– Seungmin can’t eat spicy food well and he’ll start sweating a lot.
– Seungmin wants to try dark concepts in the future.
– Seungmin still owns the jacket he wore to his JYP audition.
– When Seungmin was in forth grade he threw the first pitch at a game for SK Wyverns, a professional baseball team. (2 O’Clock Escape Cultwo Show)
– Seungmin and Lee Daehwi from Wanna One were close during high school. (‘Lee Soo Ji’s Music Plaza’)
– His role models are DAY6, Kim Dong-ryul, and Sandeul from B1A4.
– He said he have many look-a-likes, like Day6’s Wonpil and actors Lee Jangwoo and Park Bogum. (Pops in Seoul)
– He dreamed of being a baseball player when he was younger.
– Seungmin eats fish bread from its tail first. (Stray Kids Amigo TV ep 1)
– Seungmin wants to get close to GOT7’s Jinyoung. (Stray Kids Amigo TV ep 1)
– If he’s hungry and there’s no food, Seungmin will cook for himself.
– Apparently in 2013, a helicopter crashed into Seungmin’s apartment in Gangnam, while he was brushing his teeth. (Seungmin’s friends posts from 2013; Dailymail article about the accident from 2013)
– Seungmin likes to listen to Shawn Mendes. (iHeart Radio)
– Seungmin favorite sports are baseball and basketball. (Stray Kids Amigo TV ep 1)
– He wanted to become a singer because he liked being on stage and wanted to show his singing image.
– His role at the dorm is to wake up early and cook fried egg.
– Seungmin was an MC for ASC (After School Club)
– “When I’m not paying attention to my voice, I tend to make a nasally sound” (Seungmin – “Pops in Seoul”).
– Han and Felix used to be his roommates.
– Update: In the new dorm Seungmin, Bang Chan, Lee Know and Hyunjin share a room.
– If he wasn’t in Stray Kids, he would be a photographer or a prosecutor. (vLive 180424)
– His motto: “Today you spent in vain is the day as tomorrow someone who passed away really wants to live through.”