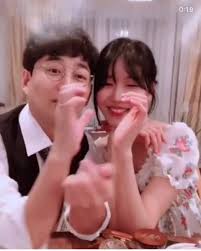 Rocoberry 로코베리 is a South Korean indie pop duo consisting of members Roco and Conan. The duo made their debut in 2014. Rocoberry is best known for composing songs for Korean dramas, including the 2017 hit song, "I Will Go to You like the First Snow," performed by Ailee for the Guardian: The Lonely and Great God soundtrack. On September 18, 2018 the couple tied the knot and became husband and wife.