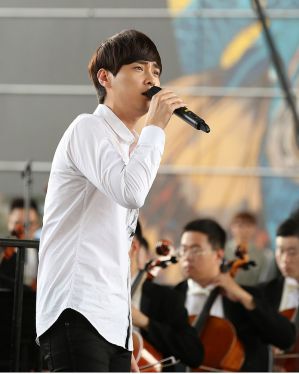 Min Kyung-hoon (Korean: 민경훈; born October 6, 1984) is a South Korean singer. He is the lead vocalist of the rock band Buzz and one-half of the duo Universe Coward with Kim Hee-chul. His first solo album, Im·pres·sive, was released on December 5, 2007. His second solo album, Picnic, was released on June 27, 2011.