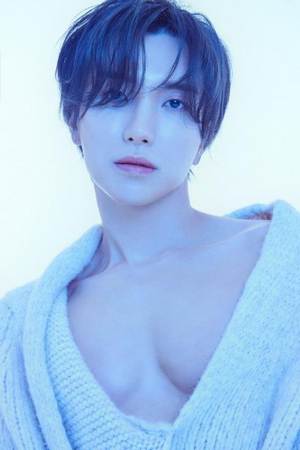 Leeteuk Facts:
– He was born in Seoul, South Korea.
– He has an older sister, named Park Inyoung.
– Leeteuk became trainee since he was 13 years old.
– His favorite color is white.
– He has a dog, named Shimkoong.
– He has a dimple that appears on right side when he smiles.
– He is Super Junior’s sub-unit’s Super Junior-T and Super Junior-Happy
– He always sleeps before their performance.
– He never brings any cash in his wallet.
– His religion is Christian.
– In the future, when the group disbands, he wants to become a producer.
– He already did his military service. On 30 October 2012 ,he reported to the 306 Reserve Battalion training camp in Uijeongbu in Gyeonggi Province, to undergo five weeks of basic training, followed by active duty for 21 months. He was officially discharged from the military on July 29 ,2014.
– In 2012 he participated on the TV show “We Got Married” where he was paired with actress Kang Sora.
– Leeteuk will take a break from all activities after receiving surgery because of gallbladder inflammation.
– Leeteuk’s ideal type: Polite, loyal and friendly, understanding, pretty, innocent, wise, lively, slender, will only look at him when she laughs her eyes turn into a half-moon shape.