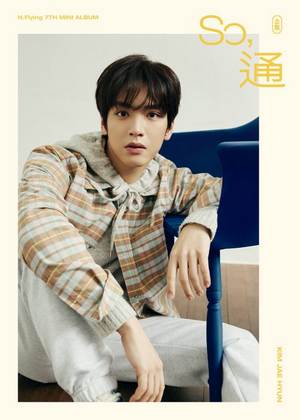 – He was born in Seoul, South Korea.
– His older sister is Rainbow’s Jaekyung.
– The other members say he’s the one that looks the best in the photos and that he’d make a great model.
– He was a trainee for 9 years.
– He was about to debut with CNBLUE, like Kwang Jin did, but he ended up being replaced by Minhyuk.
– He says he’d like forming a drummer group with CN Blue’s Minhyuk and FT Island’s Minhwan.
– He’s the more energetic and funny member of the group.
– He gets scared easy.
– Jaehyun’s favourite colour is purple.
– Jaehyun likes “Harry Potter”.
– He said he doesn’t really enjoy spicy food but he likes tteokbokki (Youtube).
– He acted in the dramas “Modern Farmer” (2014), “Weightlifting Fairy Kim Bok Joo” (2016), “All Kinds of Daughters-in-Law” (2017), “Big Picture House” (2020).
– He acted in the web dramas “88st. A League of Their Own”, “All Boys High” (2019).
– Jaehyun did a special stage with ASTRO’s Eunwoo, Day6’s YoungK, Super Junior M’s Henry and B.I.G’s Benji, where they sang “Love Yourself”, by Justin Bieber.
– Seunghyub and Jaehyun are in the drama “Big Picture House” and he plays the male lead.
– Jaehyun and Hweseung are friends with Sonamoo’s Euijin.
– Jaehyun and Hun have a youtube channel called 두 얼간이 2IDIOTS.
– Jaehyun’s ideal type: A girl with long hair, and a slender and slim figure.