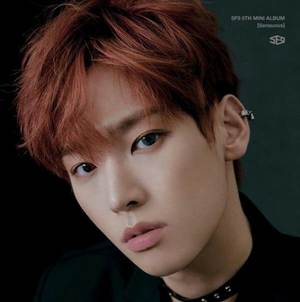 Inseong facts:
– His hometown is Seoul, South Korea.
– He’s the oldest member.
– He’s an only child.
– He studied in London for one year so he can speak English well and he’s the English speaker of the group (After School Club).
– He’s very well educated. He comes from a very well-off family.
– He’s a former SM Entertainment trainee.
– He speaks Korean and English.
– He’s good at drawing.
– He said that his name is James Kim (Special Food 9).
– He’s really good at 3 line poems. (Hongkira)
– He’s the smartest member. (Hongkira)
– His hobbies are chess, Gomokgu (an abstract strategy board game), draw manga and puzzles.
– He loves eating, though he’s slim, he’s a big eater.
– He thinks his vocals would go well for a melodramatic movie’s OST.
– His favorite color is pink.
– His charms are his lip corner and eyes.
– He’s the “desert fox / Fennec fox” of the group.
– He’s left handed. (Seen from “The Immigration” and on Vlive.)
– Inseong, Dawon, and Youngbin have their driving licenses. (Honkira)
– Inseong, Chani, Taeyang and Rowoon live in the same dorm, while the rest of the members live in another dorm. (Rooftop Radio)
–  He appeared on the drama “20th Century Boys and Girls” (2017).
– In the dorm he used to share a room with Rowoon.
– Inseong appeared and became an Intern in “The Brainiacs” (“Problematic Men”).
– New dorm arrangements: Inseong, Rowoon, Dawon, and Chani share a room (according to Twitter, Guesthouse Daughters)
– Inseong’s ideal type: “My ideal type is Fantasy” (SF9’s fandom name); Someone tall