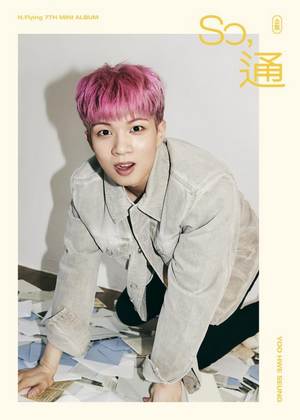 – He was introduced as a new member of N.Flying on June 19, 2017
– Hweseung has 3 older sisters.
– He was a participant of “Produce 101 Season 2”
– He was eliminated from the show when he came in at No. 39 when the top 35 was announced.
– He has impressive vocal abilities and a fun personality.
– His hobbies are billiards and ski.
– Hweseung recorded an OST for 크리미널 마인드 (Criminal Minds)
– He also recorded the song “If You Were Me (니가 나라면)” with AOA’s Jimin and Yuna for “A Korean Odyssey (화유기)”.
– He appeared on ‘King of Masked’ singer (Episode 147-148).
– He already had completed his military service. (Seoul Discovery Hongdae Tour with N’Flying)
– He had a collaboration with FT Island’s Lee Hong Gi for the song “Still Love You” released on 4/8/18
– Hweseung and Jaehyun are friends with Sonamoo’s Euijin.
– He received the title “2019’s Super Rookie” from Immortal Songs.