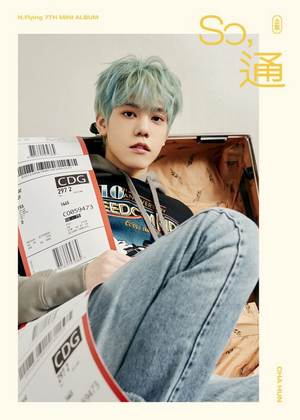 – He was born in Seoul, South Korea.
– Hun is close friends with Dongsung from HONEYST (N.Flying Real Observation Camera #5)
– He was a trainee for five years.
– He has many fans among female idols.
– He loves cats a lot, he even sleeps in kitty pajamas. XD
– His hobby is cooking. He is the cook in the band.
– His role model is Slash (Guns’n’Roses)
– The other members say he’s the most serious member.
– He hates to do aegyo (acting cute).
– Hun’s favourite colour is black.
– Hun likes watching soccer.
– The other members say he has a cat-like personality: he can act cute but sometimes he likes to be serious and sometimes he likes to be alone.
– Hun likes One Piece and Pokemon.
– He appeared in AOA’s “Oh Boy” MV.
– Hun and Jaehyun have a youtube channel called 두 얼간이 2IDIOTS
– Hoon’s ideal type: is the same type as himself, with a cat-like personality.