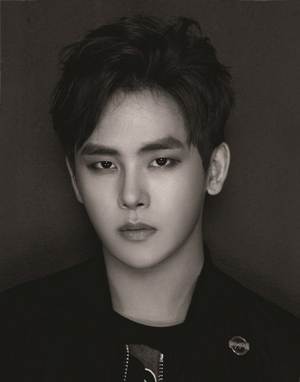 Hoya 호야 is a Korean male singer and actor under Glorious Entertainment in South Korea. Hoya debuted as a soloist on March 28, 2018.

– He has an older brother (Hojae) and a younger brother (Hojun).
– Nicknames: Hogod, Hobaby, Dance Machine, Multi-Player, HoBaby
– He graduated from Daekyung University, majoring in Applied Music.
– He debuted as an actor in 2012.
– He likes to practice until late, so he oversleeps a lot.
– He was a member of the one-time sub unit Dynamic BLACK with 2AM’s Jinwoon, Highlight’s Gikwang, MBLAQ’s Lee Joon, & TEEN TOP’s L.Joe.
– He was a taekwondo athlete up until middle school & received his 3rd – degree black belt.
– He participated in Mnet’s Hit The Stage.
– He is friends with BIGSTAR/UNB‘s Feeldog.
– He and Feeldog were part of a underground hip-hop dancers crew called “Two O’Clock” in Busan.
– He and Feeldog know each other for over 10 years, and danced together auditioning for JYP.
– On August 30, 2017, it was announced that his contract expired and he decided to leave Woolim Entertainment and Infinite.
– In September 2017, he signed with Glorious Entertainment.
– On March 28, 2018 Hoya debuted as a soloist, with the album “Shower”.
– He is a coach on the dance battle program “Dancing High”.
– Hoya’s ideal type: Someone I can respect. A girl full of ideas, who speaks fluent foreign languages.