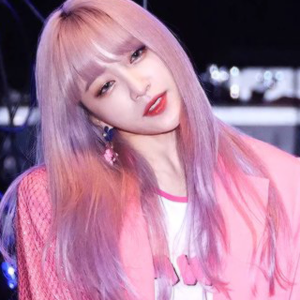 Ahn Hee-yeon, professionally known as Hani, is a South Korean singer. She is known as a member of the South Korean girl group EXID and its subgroup, SoljiHani. She has appeared on television as a host on Weekly Idol and a cast member on Off to School, Crime Scene and A Style for You.

– She was born in Seoul, South Korea
– She is a former trainee of JYP.
– She’s very smart, with an IQ of 145.
– She studied in China before.
– She speaks English and Chinese.
– Hani has a cat named Fati.
– She is a part of EXID’s sub unit SoljiHani (formerly known as Dasoni) with member Solji.
– She appeared in several episodes of the variety show “Off to School”.
– She appeared in the show “Match Made in Heaven Returns”.
– She was a cast member of the show “Crime Scene 2”.
– She was a host for the show “A Style for You”.
– She participated in the show “King of Mask Singer”.
– In December 2015 it was announced she is in a relationship with Xiah Junsu (JYJ/DBSK). In Sept. 2016 it was confirmed they broke up.
– In April 2016, Hani and Super Junior‘s Heechul were appointed as new MCs for Weekly Idol. (Hani is always being teased by Heechul. xD)
– One of Hani’s nickname is Ahn Burp. Because she always burps on the dinner table. (shaRtube)
– Hani is shy with strangers. (Secret Variety Training)
– She is friends with BTOB‘s Hyunsik.
– Hani did triathlons up to Middle School because her mum thought it would make Hani more obedient.
– Hani had a deal with her mother: if EXID is going to fail in 3 years, her mother’s going to send her off to study (Up & Down was released 3 years after their debut) – shaRtube
– They all tried taking a shower together, except for Hani because she’s too shy – shaRtube (lol. Hani, is this you?)
– Hani is part of the 92liners chat group with VIXX’ Ken, Mamamoo‘s Moonbyul, BTS’ Jin, B1a4‘s Sandeul and Baro.
– It was confirmed that Hani is leaving Banana Culture in the end of May 2019.