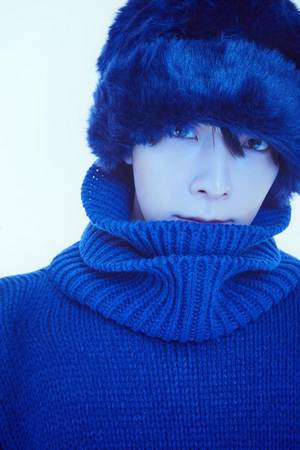 – He was born in Mokpo, Jeollanam, South Korea
– He loves kids and puppies.
– He is scared of ghosts.
– Donghae and Yunho from DBSK came from the same town.
– Donghae always wears a silver bracelet on his wrist, it was given to him by his mother so he never takes it off.
– His name is Donghae. “Dong” as in east. Hae” as in sea.
– When he received his first place award for the first time, he said, “Father, I hope you’re healthy.”
– Donghae cares for Henry a lot because when Henry first joined SM, he did not have a lot of friends, just like himself.
– He wanted to become a professional athlete (soccer) but he had also always loved dancing.
– In 7th grade, Donghae asked his father if he could audition and his father replied “yes” while slipping some money into his hand. Donghae fortunately passed but was forced to move to Seoul and leave behind his family in Mokpo.
– In 2001, Donghae won first place along with Lee Sungmin (Super Junior) in SM’s Youth Best Contest for Best Outward Appearance.
– Donghae and Eunhyuk used to share a room. They lived next to a shopping mall. Donghae complained about wanting to go shopping with Eunhyuk who was secretly sneaking out at night shopping by himself. Eunhyuk later said that going out with Donghae attracts too much attention.
– Donghae is very close to EXO’s Sehun and SHINee‘s Minho.
– On October 15, 2015, on his birthday, Donghae enlisted as a conscripted policeman.
– Donghae completed his military service on July 14, 2017.
– He is in Super Junior’s sub-unit’s Super Junior-M & Donghae&Eunhyuk.
– Donghae’s ideal type: Has a nice forehead so when he sees it, he feels like he wants to kiss it, a girl with silky hair, a girl who can make seaweed soup for him, big eyes, motherly girl, elegant.