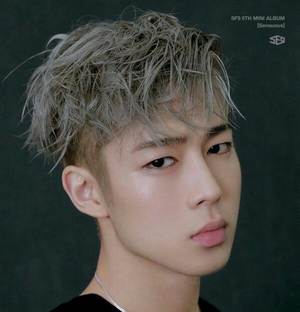 Dawon facts:
– He was born in Ilsan, South Korea. (He said it on ASC)
– Dawon likes to joke around.
– He’s an only child.
– He’s known for his role in the Kdrama “Click Your Heart”.
– He sang Taeyang’s “I Need A Girl” for his audition. (Hongkira)
– He has four tattoos: first is saying some Roman numerals (we never saw this tattoo full), second is Grazioso , third is Michael Jackson and the fourth is a crown similar to G-Dragon‘s tattoo.
– Dawon was the male lead in the music video of AOA Cream’s “I’m Jelly Baby”
– His hobbies are eating, to dress up and stealing hearts.
– He’s really close with Ayno from VAV.
– Dawon, Inseong, and Youngbin have their driving licenses. (Honkira)
– He’s multi-talented, he is in charge of variety.
– He wants to appear in Soju of Jeju commercial.
– He visited and studied in Spain for 4 months. (Rooftop Radio)
– He can do impressions of Bruce Lee, iKON’s B.I, and actor Jo In Sung.
– He’s a regular cast member of SBS’ “Game Show”.
– He appears on “Weekly Idol” in their Masked Idol segment.
– Dawon, Jaeyoon, Youngbin, Zuho and Hwiyoung live in the same dorm, while the rest of the members live in another one. (Rooftop Radio)
– In the dorm, Dawon used to share a room with Hwiyoung.
– His habit is pursing lips.
– New dorm arrangements: Dawon, Chani, Inseong, and Rowoon share a room (according to Twitter, Guesthouse Daughters)
– Dawon’s ideal type: Someone kind; Someone with big eyes; Someone with long hair; Someone middle height; Someone who’s sexy and cute.