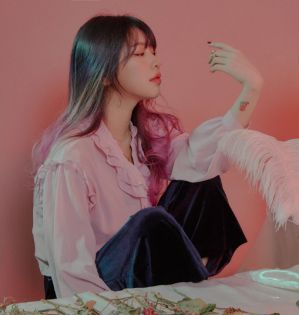 Cherry Coke (체리콕) is a South Korean R&B singer-songwriter and composer. In 2014, she originally debuted under her real name Sunkyung with the single "Beautiful Things" with the rapper Eun-P. She was then signed to CJ E&M where she put out the single "Up" in 2017.

In addition, she released the single "Here" in 2016, which was posted on her SoundCloud. It was made up of five tracks that featured rapper Mac Kidd.

In 2019, Cherry Coke participated in the MBN x AOMG reality show "SignHere," with the goal to sign a three-year contract with AOMG. However, she was eliminated.