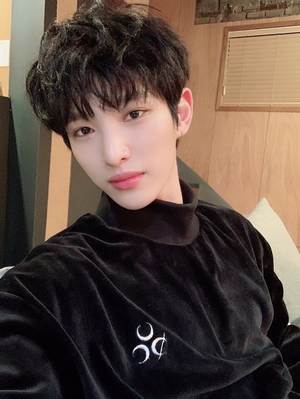 Changgyu (창규) is a member of the boy group UNVS who debuted in Taiwan on December 21, 2016 with the single I’ll Be There and in South Korea on February 23, 2020 with the single Timeless

— He has two younger brothers
— He has a lot of aegyo
— He worked at a café for a long period of time
— His mouth can open up to 6.6 cm
— When he was in high school, he auditioned to be part of his school’s band along other 57 students and was eventually chosen as the main vocalist
— He likes watching a movie or a drama before going to bed
— He likes visiting his family and friends when he has a day off
— His favorite color is red, but he also likes black and white
— He’s one of the two remaining original members
— He was the fourth member in the current line-up to be revealed
— He’s the shortest member