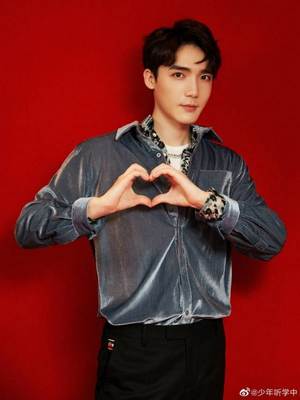 Cao Yu Chen (曹煜辰) is a Chinese male actor and singer in mainland China. He debuted in 2015 on a drama show "Tiger Mom and Cat Daddy". He is a member of the Chinese boy band The Untamed Boys.

– YuChen is in the cpop group The Untamed Boys.
– He went to the Central Academy of Drama.
– He has the most acting experience out of all members in his group.
– He’s the best at controlling his facial expressions while acting out of his members. (Bazaar)
– YuChen regrets how early he was killed off on The Untamed.
– He’s scared of bugs, especially wiggly ones like caterpillars. (Bazaar)