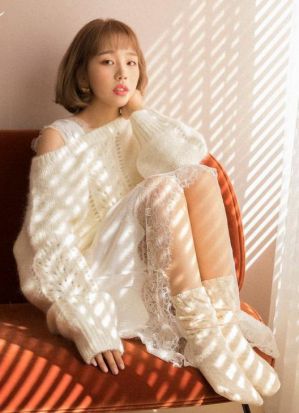 Baek A Yeon is a South Korean singer and songwriter signed under JYP Entertainment. She is best known as the second runner-up contestant of K-pop Star.

– Her birthplace is Seongnam, Gyeonggi-do, South Korea.
– Education: Howon University
– Religion: Christian
– Her nickname is “Steel Heart”.
– She knows how to play the guitar, piano, and the keyboard.
– Her hobbies include doing nail art and writing song lyrics.
– She has a dog named Happy.
– She was a contestant on K-pop Star 1 and was top 3 with Park Jimin and Lee Hi. She decided to join JYP Entertainment after the show.
– When she was younger, she suffered a case of lymphoma (a type of cancer involving cells in the immune system, called lymphocytes). She has now fully recovered from the disease after receiving cancer treatments.