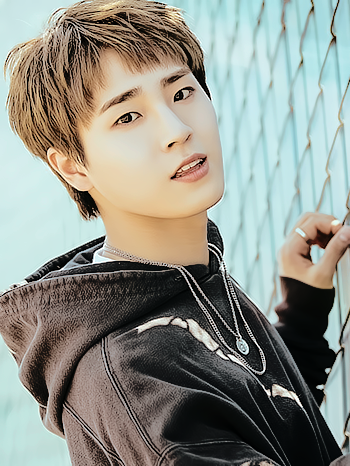 Bae Seungmin 배승민 is a member of Golden Child. Seungmin was born on October 13, 1998, in Gwangju.

-He was born in Gwangju, South Korea
-Seungmin joined Woolim Entertainment late 2016
-He’s a former JYP trainee
-He has a shy but cute personality
-Seungmin’s favorite drinks are fresh fruit drinks
-He likes fantasy movies
-Seungmin can do the impersonation of G Soul and stomach growling sound
-Seungmin can fit his whole body including his head into a suitcase (“Weekly idol”)
-He wants to keep his real height as a secret
-At first, he was embarrassed being called as Pocket Boy but now he loves it as he thought that’s what makes fans love him more
-Seungmin’s jersey number is 98 because he was born in 1998