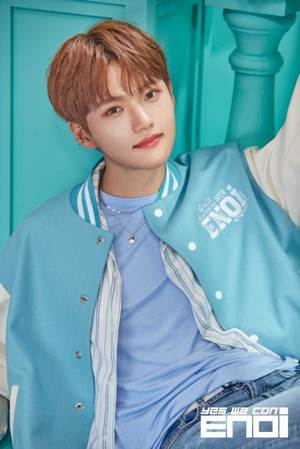 Facts About Avin:
– Avin joined ENOi without any hesitation and was announced as a member on February 3, 2019
– He studied at Yonsei University in Tourism and Hotel Tourism
– He enjoys mountaineering and coloring
– He can speak Chinese
– He loves dessert, especially eating ice cream
– His personality has been described as soft in nature, with a pure, positive energy
– His nicknames include: 하마 (Hippo) because he drinks 3L of water at a time, 야노시호 (Yang Shiho), and 알바생 (albasaeng)
– He is the head of filming and producing content in ENOi
– He can play the piano
– It has been said that while you can’t see it on stage, he often becomes immersed with a bright and positive charm

-He likes to look up at the sky when stressed