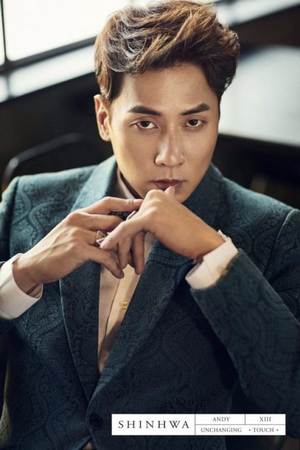 Andy facts:
– He’s also a solo singer.
– In 2013, he was forced to go on hiatus because of his gambling controversy.
– His nickname is Bogus.
– Hobbies: Volleyball and basketball.
– His religion is Christian.
– He attended Korean Kent Foreign School.
– He has one older sister.
– His favorite artists are Yoo Young Jin and Boyz II Men.
– His own company is T.O.P Media.
– He produced the groups TEEN TOP, 100% and UP10TION.
– Andy’s ideal type: “Any girl will do as long as she just looks only at me”.