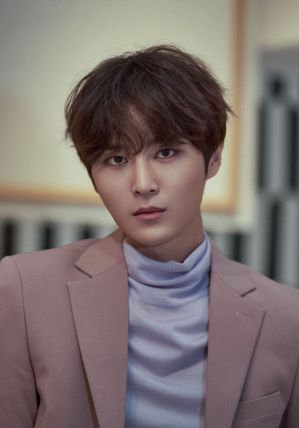 Aivan is a solo artist under Evermore Music. He started off doing covers on YouTube and promoting his music in Japan. He debuted on July 5th, 2018 with his single ‘Tell The World’.

– He was born in Seoul but lived in Canada for most of his life, as well as time in England and the Phillipines.
– He is currently doing a Master’s in Communication in Yonsei University.
– His favourite guitar is named Brownie and he brings it with him most places he goes.
– On VLive he has done his own viewable radio called “FM 121.7” where he reads stories sent in by fans and plays some of his current favourite songs.
– He loves dogs and puppies and wants to adopt one.
– At the beginning of 2018, he took the Mensa exam and landed in the top 1% percentile with an IQ of 156.
– His older sister had twin boys a little while ago and he posted pictures of them and loves to share cute videos.
– Wanna One’s Yoon Jisung was AIVAN’s first friend he made in Korea (2 O’Clock Escape Cultwo Show Aug. 19).
– Aivan was a contestant on “Problematic Men” and won, and was selected as an intern along with SF9’s Inseong
– Aivan composed “Romantically” for Block B
– Due to his status as Korean-Canadian, he’s exempt from military service
– He started vlogging on his YouTube channel!
– Back in May 2017 he released a Japanese single album called “Can’t Control”.