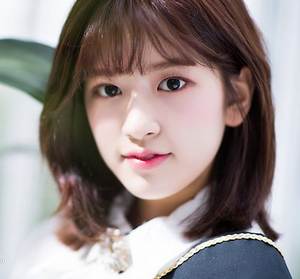 Yujin Facts:
– She has an older sister (4 years older than her).
-Her official color is blue.
-She will attend SOPA along with Fromis_9‘s Jiheon and Fanatics‘ Kim Doah. Yujin will be in the department of theatre and film.
-Hitomi’s dad is a fan of Yujin.
-Yujin was famous before Produce 48 because she appeared in a contact lens CF.
-Her favorite ice cream flavor is green tea.
-She is good at sports.
-She participated on King of Mask Singer and is the youngest competitor in the show’s history.
-Her specialties are girls hip hop and piano.
-She is from Daejeon originally, but she and her family now live in Seoul.
-She enjoys going shopping in Gangnam.
-Yujin trained for one year and four months.
-She appeared in Jung Sewoon’s Just U MV, Soyou and Baekhyun’s Rain MV, Ailee and Mad Clown’s Thirst MV, and Yoo Seungwoo and Sandeul’s Oppa MV.