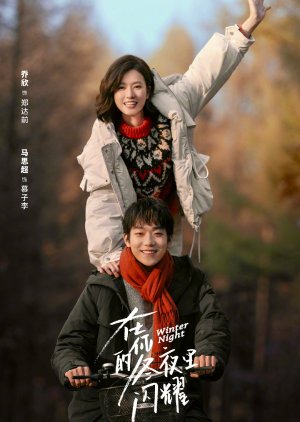 Mu Zili and Zheng Yingjun came to the bathing center, and the two sides insisted on their own words, which eventually turned into a melee. Zheng Yingjun was an old fritter, and he fought and retreated. Yan Zhonghui was also battle-hardened. Only Muzili's newborn calf was not afraid of tigers. As soon as he hung up the prize, Dazhi brought the police over in time and took both sides of the fight to the police station. Zheng Yingjun brought Yan Junze over and said that his father Yan Zhonghui had come back. His face was so sad that his heart was bleeding.

Zheng Daqian applied medicine to Mu Zili’s wound and accused him of being too impulsive. Mu Zili didn’t care, saying that his buddy’s father was beaten, and he had to rush up. Mu Zili told Zheng Daqian that he had not seen Lao Yan beat him for a long time. It's a man, and it's still so ruthless. Yan Zhonghui met his wife at the police station. The two hadn't seen each other for almost ten years. He took out a bank card and stuffed it in his wife's hand, saying that he had been working outside all these years and that the money he had saved was enough to pay off his debts, but his wife did not. Did not pick up. After seeing this scene, Yan Junze walked over and threw the bank card on the ground. He told Yan Zhonghui that the father in his eyes had already died ten years ago. Son, only tears can wash away the depression in my heart.

While helping Zheng Yingjun heal, Gong Xiaoqin kept talking about how he helped Yan Zhonghui. Zheng Yingjun became angry and said that his brother was chosen by himself. Just kick him out. In desperation, Zheng Yingjun had to go to the restaurant, only to find out that Yan Zhonghui was taken over by the children and lived in the restaurant, just to give the two a chance to get together, and Mu Guoliang also came, the reunion of friends from many years ago was very natural. Happy, Zheng Yingjun remembered the hardships of Yan Junze's mother and son over the years, and began to criticize Yan Zhonghui. When he left, he warned him that he would never come back, or he would have nothing to do with Yan Junze's mother and son. Yan Zhonghui said that his body was declining day by day, he was worried that his time was running out, and he wanted to come back to see. Today's end is his retribution.

Yan Zhonghui took the initiative to prepare delicious food for everyone, and everyone was shocked by a bowl of simmered Mala Tang. He took this dish as the main dish in the store, and asked Yan Zhonghui to stay as a chef. After the launch of this Mala Tang, the restaurant The business here began to boom. Zheng Yingjun and Yan Zhonghui discussed the salary issue. Yan Zhonghui said that he stayed here just to help, and by the way, he could meet his son often. Mu Zili received a call from his former partner Wang Ziqi, saying that he had found an investor and asked him to go back and start a business together. Mu Zili forgot each other because of amnesia. After searching online, he found out that the two had founded Gemini Company. , later went bankrupt, Mu Zixi heard the content of Mu Zili's phone call outside, turned around and told Mu's mother that both sons were going to leave her, Mu's mother would not be in a good mood, and Mu Zili began to Picking up food for my mother, saying that I haven't made a decision yet.

Mu Zili supported Mu Zixi very much in realizing his dream. He knew that the fee for Mu Zixi to apply for the study class was not enough, so he asked Zheng Daqian to find a way to help his younger brother, because Mu Zixi would not want the money he gave. Zheng Da agreed immediately, and then found an opportunity to call Mu Zixi into the store, saying that one wall of the store was empty, and asked Mu Zixi to paint a few paintings, one would be calculated at 2,000, Mu Zixi It was too much, and Zheng Daqian said that it was already very cheap. If Mu Zixi became famous in the future, she could still put it up for auction.

Mu Zixi sent the painting over the next day, and asked about Mi Lan by the way. Mi Lan hid after hearing Mu Zixi's voice, because she knew that Mu Zixi loved her and didn't know how to face her. . Mu Zili decided to leave, but he couldn't let Zheng Daqian go, so he called in advance to test her mind. Zheng Daqian's reply disappointed him a little.