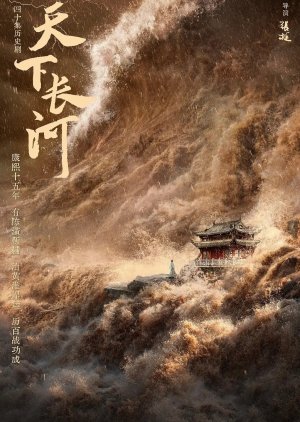 When the matter of the student's visit to the prime minister spread to the palace, Kangxi was calm on the surface, but he was paying close attention to it secretly. The Ming Prime Minister's Mansion was closed to see no guests, which caused the students to complain, and then they went to the Suo Prime Minister Mansion. Suo Etu did not refuse to come, but also carefully selected from them, paying special attention to Xu Qianxue's invitations. He felt that this person was good at playing tricks and would not be too public. As long as he was a new senior in high school, he would honor the ten thousand acres of paddy fields in the south of the Yangtze River.

On the other hand, Gao Shiqi uttered wild words, but there were only 10,000 grains of silver left and right, trying to sit in the position of Suo Xiang, and Suo Etu directly threw his greeting card out of the house. Gao Shiqi still does not know the reason. On the eve of the imperial examination, he fantasized about the steady rise of high school after high school. As soon as these words came out, the three of them immediately swore that they would not forget their wealth and honor, and that if they could both become officials in the court, they would protect each other and advance and retreat together.

Mingzhu personally presided over the scientific examination of the Gongyuan Academy. All the students were searched and entered one after another. A total of three articles and one poem were decided for three days. I did not expect Gao Shiqi to complete it on the same day. However, Mingzhu looked down on frivolous people like Gao Shiqi, and pretended to compliment a few words directly on his test paper, which was not recorded in the book.

The court ministers all know that Suo Etu and Mingzhu are at odds with each other. One is from a noble family and belongs to the Hesheli clan of Zhenghuang Banner, the uncle of the current prince's biological mother; Holding the emperor's thigh and climbing to the phase, Suo Etu couldn't see the pearl in his bones, but he couldn't stop him from destroying his good things again and again.

At the beginning, Mingzhu tried to protect Wang Guangyu from being convicted. Later, he took Jin Fu to the capital and locked him in the beekeeping lane without authorization. Now he is in charge of supervising the scientific expedition. It is precisely because of this that Suo Etu secretly met Isan A and others overnight to discuss countermeasures, and decided to jointly request a decree to convict Wang Guangyu, and then participated in the performance of Mingzhu to protect the guilty minister.

In the early dynasty, Kangxi faced pressure from many old officials and announced on the spot that the three families of the Wang family had been conscripted into the army, and the female relatives would be sold. But with the release of the holy will, other ministers rushed to impeach Mingzhu for chaotic government and ruining the country. Kangxi's heart is like a mirror, and he has long expected this situation. As long as Wang Guangyu is convicted, the position of the governor of the river will be vacant, which will naturally become fat in everyone's eyes.

If he can become the governor of the river, he will make a lot of money every year, and more importantly, he will have the power of life and death. Huang, Huai, and Yun are intertwined and inseparable. Whether the southern grain can be transported to the north mainly depends on the Yellow River. If there is no grain, it will make it difficult for the soldiers in the north to move. The real reason why Kangxi valued the Yellow River.

Kangxi thought hard for a long time, but he really didn't understand how Jin Fuqing asked Ying to manage the Yellow River. He was so loyal and brave, how could he risk his life to embezzle the river workers' settlement expenses. The censors pretended to be confused, turned the rudder at the wind, and took the opportunity to build momentum. Kangxi was not a faint-hearted monarch who allowed the old ministers to play with applause, and then quelled the dispute in the courtroom and kept the pearl in a few words. This matter has been completely turned over.

The master of Suoxiang's mansion was ordered to go to beekeeping and cross the road in order to see Shang Jin Fu, but the guard minister refused to eat hard and soft, and bluntly said that Mingzhu ordered fire prevention, theft and prevention of Suoxiang. After Suo Etu heard the master's reply, his face flushed with anger. He didn't believe that Mingzhu could still set off a storm. As long as the imperial examination was over, Jin Fu escorted him to be beheaded by the Yellow River, and he would still report today's humiliation. Perhaps the more he thought about it, the more angry he became, Suo Etu informed the master to send orders to the whole house, and also to come to a fire, theft, and anti-bright pearl.

In order to solve the doubts in his heart, Kangxi secretly went to the beekeeping road, sat in the house and listened to Mingzhu interrogate Jin Fu, and finally found out the ins and outs. During Jin Fu's 20 years as an official, seeing the barren dykes of the Yellow River, he was heartbroken, and he was willing to sacrifice his life for the Yellow River.