She and Her Perfect Husband 爱的二八定律 Episode 12 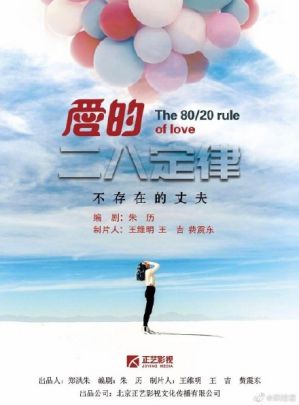 After some research, Lao Jin and others knew that although Mr. Lan was the defendant, she was not the actual operator of Lowe Magnolia, so the possibility of the charges of fraud and illegal operation proposed by the prosecution was very small for her, but Her husband, Pang Dingfang, is another matter. After all, Pang Dingfang is abroad now, and the probability of being convicted of the crime is very high.

Lao Jin also told Mr. Lan the worst case scenario. If Pang Dingfang was convicted and fled abroad with the money and did not return to China, Luowei Yulan would be liquidated and their husband and wife's property would be confiscated to repay the debt. Perhaps the best plan now is to divorce Mr. Lan and Pang Dingfang, so as to avoid the ending of the two dying together.

Although the Lowe Magnolia case was an economic dispute case, it has now become a family divorce case. Both Li Dai and Qin Shiming expressed their unwillingness to take on such a difficult divorce case, but they both started preparations for this case Work. Although Tang Yihui told Qin Shi not to participate in this case before, the most important thing for her now is to enter the enterprise department. This case is a hot potato, and it will be bad for her if she fails to handle it, but Qin Shi still wants to give it a try.

Yang's mother has been inquiring about Yanghua's situation from Cai Liang, but fortunately Cai Liang helped hide it, which made Yanghua very grateful. Yanghua wanted to move out and asked Cai Liang to inquire about the house. Cai Liang thought it would be a good choice for Yanghua to live with Qin Shi. After all, there are too few women who can live in harmony with Yanghua.

Li Dai thinks that Boss Jin intends to hand over the divorce case of Boss Lan to herself, but Lao Qiao analyzes that it is for her own good that Lao Jin and his wife don't want Qin Shi, who just made a contribution, to intervene. Affects promotion to the Enterprise Department. Wu Fei came to visit her boyfriend Tao Junhui and picked him up from get off work. The two discussed going home to eat hot pot, so they went to the supermarket to buy ingredients together.

On the other side, Qin Shi was also shopping for ingredients with Yanghua. The two were chatting while shopping. Qin Shi said that she wanted to take on Mr. Lan's divorce case, and she believed that Pang Dingfang had planned to escape this time, so she would keep Mr. Lan behind. Facing disputes in the country alone. On the other hand, Wu Fei also inquired about Mr. Lan's current financial situation from Tao Junhui, and Tao Junhui also speculated that Cheng and Hui might want to take over Lan Xiaoting's case.

Qin Shi and Yang Hua discussed the key points of Mr. Lan's case, but they didn't expect that they also met Wu Fei and Tao Junhui who also purchased ingredients in the supermarket. Because Wu Fei was there, several people sat down and chatted together, but except for Wu Fei, the other three were extremely embarrassed. Wu Fei confessed that Tao Junhui was her boyfriend, and the boss of Ximei PR was her father. Wu Fei hoped that Qin Shi could help conceal her family background at the law firm. Qin Shi found out that Wu Fei and Tao Junhui were going to get married at the end of the year, and Wu Fei invited her to attend at that time, but Tao Junhui verbally refused to embarrass Wu Fei. Tao Junhui asked Qin Shi not to let Wu Fei inquire about Luowei Yulan's work here in the future. Although Qin Shi said that the job assigned to Wu Fei was ordinary subordinate work, but if they minded, Wu Fei would no longer be responsible for this matter in the future.

Although Wu Fei was dissatisfied because Tao Junhui's words affected her work, she also felt that there was a dispute between Tao Junhui and Qin Shi, and worried that Tao Junhui had something to hide from her, so Tao Junhui stopped him with a few words. On the way back, Yanghua looked at the silent Qin Shi, worried that she saw that her ex-boyfriend was in a bad mood, and offered comfort, but Qin Shi guessed from Tao Junhui's state just now that Luowei Yulan's case was not so simple.

Zhao Danping went home and found that Lan Xiaoting was not at home. Worried about her aunt's accident, she called Tang Yihui for help. Tang Yihui notified colleagues in the law firm to help find the person. Li Dai took the initiative to inform Qin Shi after learning the news. She wanted to know whether Qin Shi wanted to intervene in Mr. Lan's divorce case.