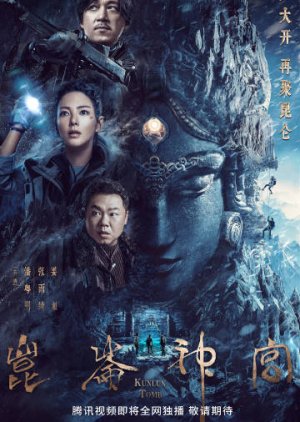 Everyone continued to dig the next floor and found a crystal clear sculpture inside. Under this sculpture, they looked at a corpse and guessed that it might be the corpse of a ghost mother. Hu Bayi advised everyone not to move, for fear of triggering the mechanism. However, Lei Xianming stated that his purpose in coming here was to find this crystal corpse, not to find his father's body. Seeing that the two sides were fighting, Lei Xianming's assistant Peter also raised his gun and aimed at Fatty Wang and his group. Hu Bayi reminded everyone that if this place collapsed, no one would want to get out alive. At the same time, he also reminded Lei Xianming that the people on his side were simply not. Not an opponent, Hu Bayi, Fatty Wang and Miss Yang suddenly subdued Peter, Lei Xianming had to beg for mercy, admitted that he was not good, took the initiative to apologize, and even forced him to death, but no one was willing to persuade him to put down the pistol. Lei Xianming unintentionally pulled the trigger and aimed at the crystal corpse. The crystal corpse moved unexpectedly and emitted light. Hu Bayi reminded everyone to be careful about the mechanism. The crystal cover between the phlegm shattered, a stream of gas soared to the ground, and the true body of the crystal corpse was revealed, crystal clear, but the corpse had no eyeballs.

Suddenly a bug flew out of the crystal corpse and flew towards several people. Hu Bayi poured water in time to shoot down the bug, but it flew up again, attacked several people, and entered Zhaxi's body. Tashi quickly turned into an ice sculpture and shattered, and then the bugs started to attack others, and Hu Bayi covered everyone and quickly escaped. As a last resort, everyone returned to the upper tower. But at this time, another avalanche happened. Miss Yang realized that the gas sound wave that flew out when the lid of the crystal corpse was opened just now caused the avalanche. Everyone hurriedly fled up, but before they could climb up, the avalanche had already arrived. , everyone had to temporarily hide in the demon tower, hiding for a while.