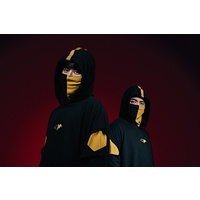 Advanced 어드밴스드 is a Korean Duo male band group in South Korea. They debuted in 2015, and composed of a DJ/Producer team. The create their own lyrical melodies.