A Romance of the Little Forest 两个人的小森林 Episode 5 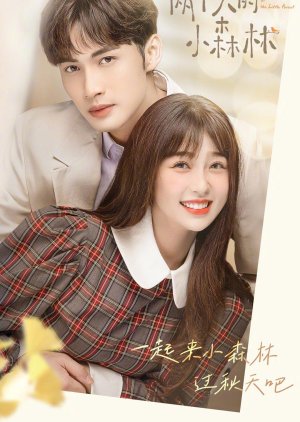 Zhuang Yu took out his equipment in the suitcase and put it on the table. Looking at the map of Qingshui Village, the terrain was intricate. It was better to find a guide to go up the mountain. I ordered directly for a month, and Yu's mother came to send him fruit specially, but she didn't answer anything when I asked him. Yu's mother thought that he was good-looking, but there seemed to be a problem with the language. She also saw that East China University was written on his bag. . After I went out, the more I thought about it, the more I felt deja vu. I saw the photo of her boyfriend's back that Meiren had sent her, and I thought it was a coincidence. Dad doesn't think so either. Mother Yu hurriedly looked at his profile. It turned out that he was only 29 years old, not too different from the beauty. While we were chatting, Zhuang Yu took the map and asked if anyone was familiar with the terrain. Father Yu drew him the address and asked him to find Zhang Shouyi. He was familiar with him. Zhuang Yu thanked him and left. Mom quickly called Yu Meiren and asked her boyfriend's name. The beauty was filming an advertisement, so she made an excuse to hang up. Mom always felt that every time she asked her boyfriend, she always hesitated or interrupted, there must be a problem, and she had to start with Zhuang Yu.

Zhuang Yu found Zhang Shouyi's house on the way up the mountain, but no one responded when he knocked on the door, so he left first. The commercials on Yu Meiren's side did not go well, and the director was obviously deliberately embarrassed, but Yu Meiren's still dedicated work made him perfect. In order to prevent the crew from destroying the tea leaves, Meiren offered to help pick them first, but was filmed by a strange boy while picking them. He was deeply attracted when he saw Yu Meiren. Accidentally pricked her hand, and he hurried over to get her a Band-Aid. This person also studied botany.

After the shooting of the beauty, I hurried home. The strange little handsome guy just now also lived in the beauty's B&B. I also asked if Zhuang Yu also lived here. Just after talking about Zhuang Yu, he came back. The meeting between the two seemed not to be harmonious. Professors never bring parallel imports.

When Yu's mother called Meiren, Zhuang Yu happened to come over to pick up the water. He knew who it was when he heard the voice on the other end of the phone, and he deliberately went over to speak so that Yu Meiren would also come. Yu Meiren just said about his characteristics I heard his voice, and as expected, Zhuang Yu walked out of the hotel in a short while, Yu Meiren quickly hid, and ran out with his luggage while he was not paying attention.

In the evening, Yu Meiren went to her old house, but she never imagined that it would become so gloomy in a few years. Even the lights didn't work anymore. The wind whistled, and the beauty took her luggage in carefully and accidentally stepped on a The screaming chicken was startled. She planned to take a look here tonight, but she was always frightened, her body was itchy, and the door opened by itself. Yu Meiren screamed and ran out, just in time. When he met Zhuang Yu who came over, he immediately hugged him. Later, the beauty went to live at Tiantian's house.

Mom still thinks that the beauty's boyfriend is Zhuang Yu, and keeps asking him if he has a girlfriend. The next day, when Meiren was shooting an advertisement, Zhuang Yu passed by. The assistant thought that Meiren was shooting an advertisement to chase after him. Yu Meiren finished her makeup and was about to say hello when she found that her mother was next to him, so she immediately hid and put it on. The doll's head was covered, and Zhuang Yu noticed that the beauty was still smiling, and used the excuse of leading him to lead the beauty's mother away.